This article was first read at a symposium marking the 450 year celebration of the Confessio Belgica held at the Faculty of Theology of Stellenbosch University in November 2011. It reflects on a specific aspect of the reception of the Confessio Belgica (or Nederlandse Geloofsbelydenis) in South Africa, namely the way in which the Confessio Belgica was read and interpreted by Professor E.E. van Rooyen in the 1930s. Van Rooyen, who was professor of Old Testament and Apologetics at the Theological Seminary at Stellenbosch, can be viewed as a proponent of the so-called confessional neo-Calvinism that became stronger in certain circles in the 1930s. By attending to Van Rooyen’s commentary on the Confessio Belgica (as published in the journal Die Gereformeerde Vaandel between 1933 and 1937), the article identifies and underlines the way in which “Modernism” functions as a type of “enemy construction” (vyandsbeeld) in Van Rooyen’s writings, over against which Reformed or Calvinist identity is posited. In light of this exploration, the final part of the article briefly reflects on the question whether the discourse in South Africa today on Reformed Confessions in general, and on the Confessio Belgica in particular, can find a way between, on the one hand, the neglect of confessional particularity and, on the other hand, insular exclusivism. 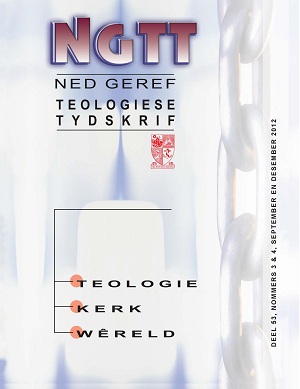