Autonomy is what may be called a “chromosomal doctrine” insofar as it has a profound, non-reciprocal shaping effect on other doctrines within a theological system. This article provides a case study in chromosomal doctrine from the theology of Vincent Brümmer. The analysis detects two strands in Brümmer’s notion of autonomy and ways in which they shape Brümmer’s concept of God as a “vulnerable” relationship seeker. Specifically, Brümmer interprets “two-way ability” as a condition of autonomy, and autonomy as a condition of “a relationship of love.” These two strands lead Brümmer to the conclusion that “God necessarily assumes vulnerability in relation to [His creatures].” This study proposes a modification of Brümmer’s notion of autonomy to avoid reducing creatures to indifferent agents, while maintaining God’s unique power to reform human hearts. Can the Creator cause his creatures to love without violating our autonomy or turning us into ‘Paper Dolls’? 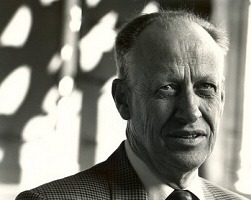