In Europe, churches are no longer privileged partners of the state but contribute to public life in a way similar to that of other institutions of civil society. This article investigates the way in which ecclesial bodies present themselves in their statements in relation to the fight against poverty. More specifically it analyses two major ecclesial documents from the first decade of the twentyfirst century that seek to answer to the question as to what is the calling of the church in secularised Europe. Special attention is given to the role for the fight against poverty. The two selected texts represent two of the major Christian traditions in Europe: the Roman Catholic Church in Europe and the Communion of Protestant Churches in Europe (CPCE). 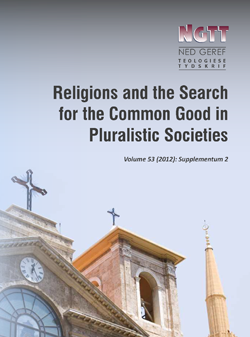