‘Pull up a good tree and push it outside’? The Rev Edward Tsewu’s dispute with the Free Church of Scotland Mission

The Tsewu secession or dispute took place in the context of the emergence of African Initiated Churches during the latter part of the nineteenth century as a response to mission Christianity and an assertion of a distinct form of African Christianity. Tsewu’s brand of response falls within the genre of the Ethiopian-type church which tended to retain most of the outward expressions of the denominations which they left, eg. liturgy, polity and doctrine. Tsewu led the first secession from the Presbyterian fold in 1896 and this prepared the ground for a further secession in 1898. 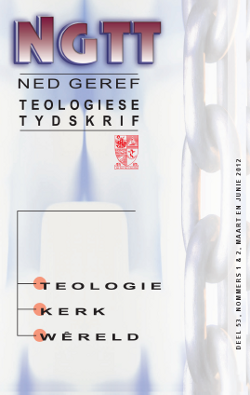